A way of life that has the only reference to the awakened Spirit inside.

Spirit is the substance of which the entire world or the universe is made. It is Self in transcendence, Soul in the cosmos, being in any person or object.

It is dormant and buried in man. It seldom awakes in Man. Descent of grace awakens it. Man awakens to the inner Spirit when grace descends from above, when, for a split second, he is ushered into the plane of Timelessness. Sri Aurobindo calls it grace of Spirit when the inner spirit, awakes by itself to peep into surface. The grace from above is always present in the atmosphere. It is a moment of spiritual evolution when the inner Spirit surfaces all by its own choice.

Man lives his life entirely with reference to his society. Well formed men have the family for their reference. He who has his own conscience as a point of reference is a conscientious citizen. Spirituality, understood as a way of life with reference to the inner Spirit transcends all these. To us conscience is God. Mahatma Gandhi called conscience, his inner voice. The Mother calls conscience adversary as yoga is in the plane of the universe while conscience is in the psychological plane of a society in which one lives. He who has his family as a constant point of reference is a better member of the society. As everywhere, he can be selfish or selfless. A selfish personality can serve his family as an extension of his own selfishness. A selfless individual can do so for the opposite reason. Spirituality too can have the two sides of positive and negative. Positively it makes for God. Negatively, spirituality gives one power to destroy. One may destroy individuals or ideals. He too serves God for a higher goal.

We can also have spirituality working in daily life. Such a one will be the finest human specimen. Symptoms of it are infinite patience and incapacity to react. At its height, spirituality gives Man the power to choose the moment of death. It is the expression of the Spirit in the spiritual plane. Also it acts in the planes of mind, vital and physical. These planes subdivide into consciousness above and substance below which mean surface and death. They also extend into subtle and causal planes as each of these planes exist at three levels. 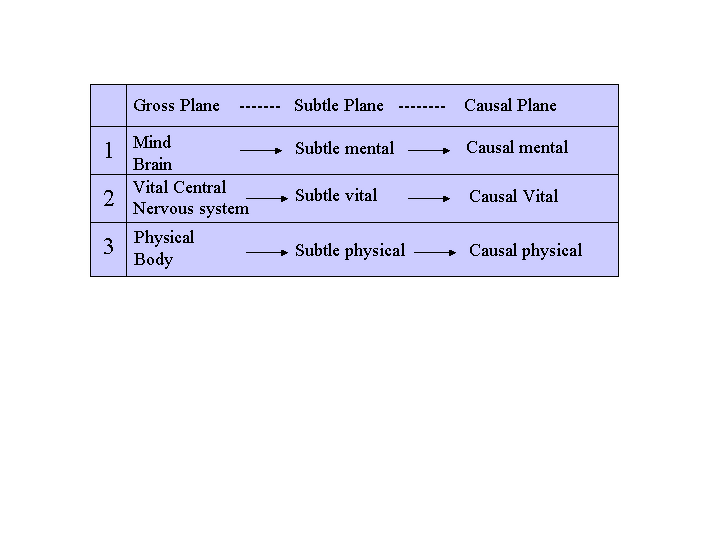 Retrieved from "https://humanscience.fandom.com/wiki/Spirituality?oldid=8483"
Community content is available under CC-BY-SA unless otherwise noted.